On 16 April in Portorož, the City of Ljubljana and the consortium of Petrol and Resalta received an award for the energy-related renovation of Ljubljana (EOL-1) in the Energy Efficient Projects category. The project was chosen as the winner in energy efficiency and energy-saving measures as selected by the jury that evaluated the competition entries as well as by votes from readers of the online edition of the newspaper Finance.

Energy Expert Days is an event bringing together managers in the energy industry in Slovenia. The theme of this year’s conference, which took place on 16 and 17 April in Portorož, centred around the challenges and opportunities in transitioning to a low-carbon society, with an emphasis on renewable energy resources and reducing emissions. At the event, Petrol presented energy and environmental solutions, including the Tango platform, a solution for smart energy management.

Within the energy-related renovation of Ljubljana (EOL-1) project, Petrol, Resalta and the City of Ljubljana improved energy efficiency in forty-eight buildings in Ljubljana, with the investment amounting to EUR 15 million. This encompassed energy efficiency renovation of preschools, schools, sports hall and public buildings. The renovations breathed new life into these buildings in the capital and meant that Ljubljana was able to save over a million euros annually, an amount that would suffice to cover the energy costs of five hundred households. The renovation was also successful in reducing green gas emissions by approximately three thousand tonnes annually, which is the effect achieved by planting 150,000 new trees. After the renovation, 25% of the energy used by the renovated buildings comes from renewable resources.

Including sustainability in school curricula

In addition to the savings and positive environmental impact, the most important added value of the EOL project is reinforcing the awareness that smart and efficient resource management is necessary for sustainable development of society. The City of Ljubljana therefore used 10% of the savings resulting from the energy-related renovation to finance a new education programme for children in the Ljubljana region.

This year, together with Petrol, Zavod 404 and Moner Energetika.NET, the City of Ljubljana’s Preschool Education Department started to implement energy efficiency and energy saving activities for children in schools and preschools.

It is very encouraging that the programme will be carried out for fifteen years, inspiring changes to energy use and assisting society in transitioning to a low-carbon future in accordance with Petrol’s vision. By including sustainability in school curricula, Petrol has surpassed its planned goals because this enables children to develop lifelong learning skills.

The EOL-2 project, the second part of building renovation in Ljubljana, is already being carried out. The project will encompass energy-related renovation of an additional eleven buildings and is being carried out by a consortium between Petrol, Resalta and Javna Razsvetljava Ljubljana.

The joint investment for the EOL-2 projects amount to almost EUR 5 million and will ensure annual savings in the amount of EUR 300,000, or enough to cover heating and electricity costs for approximately eighty-five households. Like the previous renovations, these renovations will be environmentally friendly because they will reduce greenhouse gas emissions by 463 tonnes annually – an amount equal to the CO₂ annually converted by a fifty-one-hectare forest, or the effect achieved by planting 22,000 trees. 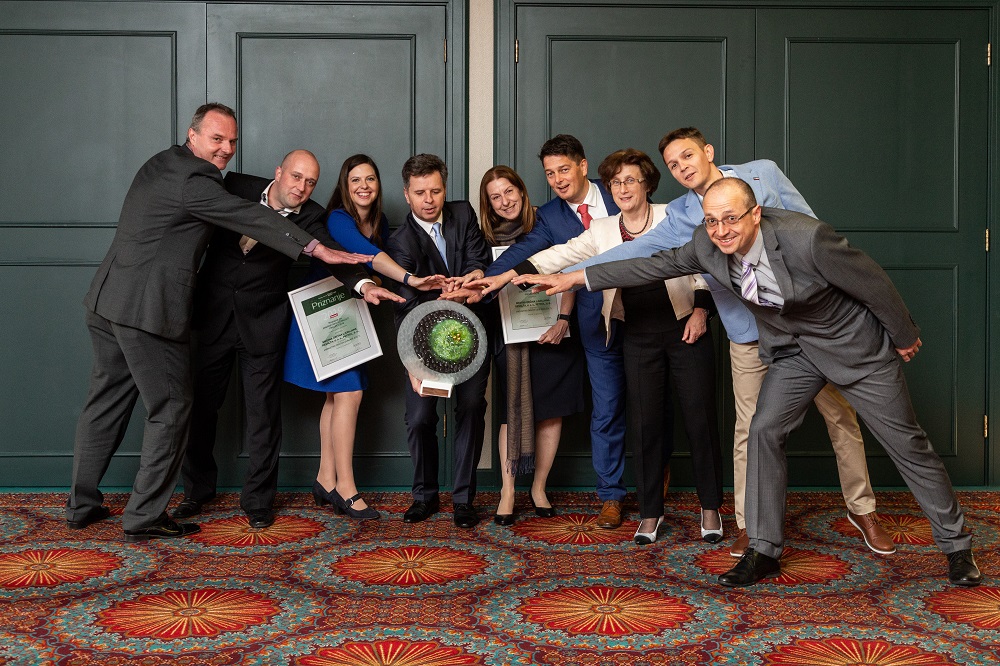