Early this year, Petrol became the gold sponsor of the Slovenian Gymnastics Association, and yesterday (Wednesday, 3 April) it hosted a press conference for the Slovenian sports gymnastics national team before its departure to the European championship in Szczecin, Poland, which will be attended by three male and three female Slovenian athletes. The most experienced among them, Sašo Bertoncelj, will be defending the pommel horse silver medal he won last year.

In addition to Bertoncelj (pommel horse), Slovenia will be represented by Rok Klavora and Luka Terbovšek (floor), Teja Belak (vault), Tjaša Kysselef (all-around, all four apparatus) and Adela Šajn (beam) in the city on the Oder River.

The competition at the Netto Arena, which also hosted the 2017 European Volleyball Championship, officially starts on Wednesday with men’s qualifiers, and women will be qualifying for the finals on Thursday. The individual all-around final is scheduled for Friday, and the apparatus finals are taking place on Saturday and Sunday. 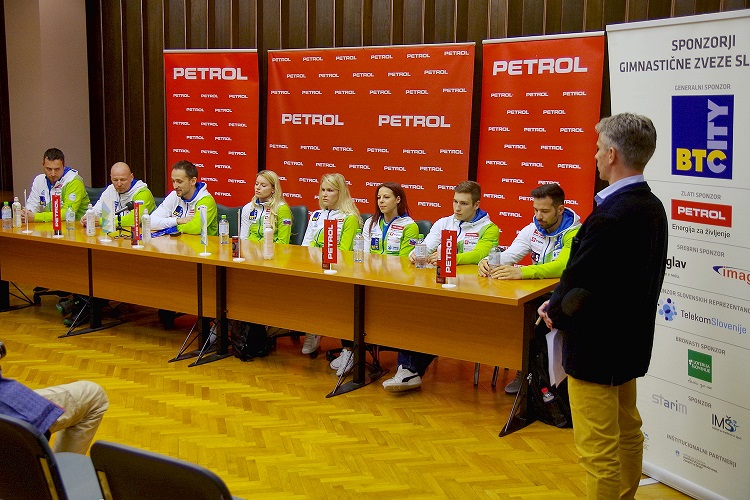